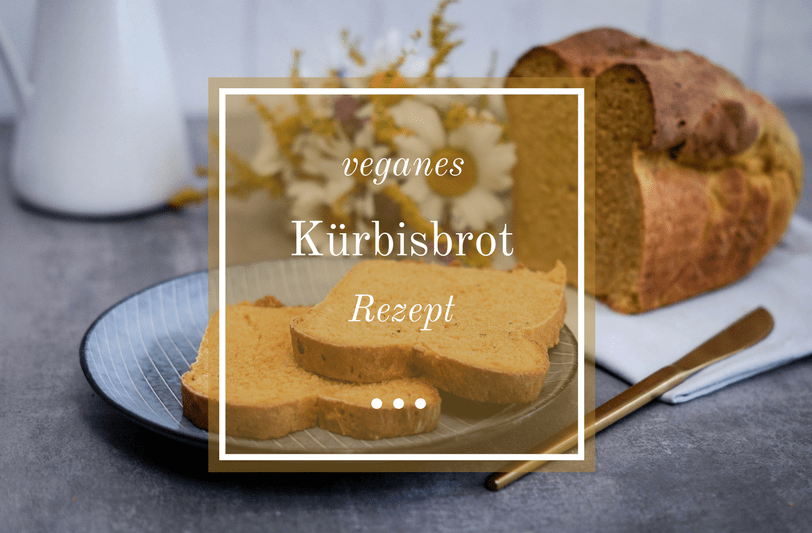 Today I have a vegan pumpkin bread recipe with which I would like to open my personal pumpkin season.

I’m an absolute fan of pumpkin bread. Because it tastes super delicious with both sweet and savory spreads.

This vegan pumpkin bread recipe is nice fluffy and juicy. Its consistency is reminiscent of French white bread. But in terms of taste it is much better.

Theoretically, you can use any pumpkin. I prefer to use a Hokkaido pumpkin for this vegan pumpkin bread recipe, because it tastes good and you can cook it with peel.

This saves a lot of time. But what am I saying? You should definitely try my vegan pumpkin bread recipe for yourself.

A delicious pumpkin recipe, perfect for sweet and savory spreads.

Who does not eat vegan, can replace the soy milk naturally also by normal milk.

Are you looking for more vegan bread recipes

Most of the bread recipes on my blog are actually vegan.

If a bread is not vegan, I have written an article here how you can bake any bread vegan.

YOU CAN MAKE ANY BREAD VEGAN!

I think this is a really delicious vegan pumpkin bread recipe. If you like it that much, I would be very happy about a 5 star rating.

TorbenR
Hi, I'm Torben, I am in my early 20s and a mechanical engineering student. As a compensation for all the technical stuff, I discovered baking as a hobby for myself. I think anyone can bake! And that's exactly what I want to show you here on this blog About me
Next Post best whole whead bread recipe